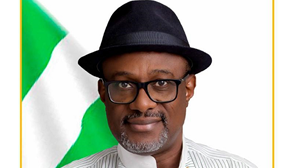 “Mr Tunde Adelana delivered the speech on behalf of Simbi Wabote, the Executive secretary of the NCDMB at the ceremony”. See Speech below: The Nigerian Content and Development Monitoring Board (NCDMB) is a child of necessity. The body arose from a law from the Nigerian Oil and Gas Industry Content Development (NOGIC) ACT, which was […]

There has been so much activity and visible progress at BOG’s pipe threading, machining and valve assembly plants at Lekki Free Zone. The screeding of the internal and external walls of the gatehouse has been executed. The equipment base bolt points of the pipe threading plant have been carried out. The contractor has also commenced […]

BOG personnel carrying out final finishes on a ready to be installed spool at the FPSO On the 5th of Feb 2021, six BOG Personnel were mobilized to embark on a Glassfiber Reinforced Epoxy (GRE) pipe repair project on Agbami FPSO. Agbami Floating, Production, Storage and Offloading (FPSO) was built in 2007. It features an […]

A team of skilled BOG engineers embarked on the Glassfiber Reinforced Epoxy (GRE) shut-down pipe installation and repair project in March on the ERHA Floating, Production, Storage, and Offloading (FPSO) facility. The BOG GRE team is reputed for providing technological solutions to many corrosion challenges faced in several multifaceted projects, especially in the Nigerian Oil […]

The BOG GRE Team kick-started an 11-day project on the Etim Platform on March 21st. The Etim platform is situated at the Etim field located in OML-67 Offshore southeastern Niger Delta. Mobil Producing Nigeria(MPN) manages the platform. The scope of work covered the fabrication and repair of a failed custom-made 8″ Quick-Lock flanged spool inserted […]

BOG Engineers complete installation of Ingersoll Rand HPM (Hybrid Permanent Magnet ) Motor at CHI Limited  The BOG RE Team installed a Hybrid Permanent Magnet(HPM)Motor on an Ingersoll Rand Nirvana compressor at CHI limited. It was one of the most intriguing and demanding projects executed by the team because it required a truckload of preciseness. […]

BOG Engineers complete installation of Ingersoll Rand HPM (Hybrid Permanent Magnet ) Motor at CHI Limited  The BOG RE Team installed a Hybrid Permanent Magnet(HPM)Motor on an Ingersoll Rand Nirvana compressor at CHI limited. It was one of the most intriguing and demanding projects executed by the team because it required a truckload of preciseness. […]

Growth In Nigeria General Industry Sector: What Is Required?

The Nigeria general industry is a very large market that is constantly expanding and growing. It has the potential l to generate massive revenues and contribute immensely to Nigerian economic growth and capital if it is strategically explored. Industries like Manufacturing, Water and Chemical Processing are included in this category. Although the industries in this […]

BOG celebrated International Women’s Day by organizing a webinar for its internal and external stakeholders on Tuesday, March 9th. The International Women’s Day webinar was tagged “Choose To Challenge – Gender Inequality in Pandemic Times”. The event was graced by professionals across different sectors. They include: Effiong Okon– -Executive Director of Operations, Seplat. Yewande Akin-Olugbade- […]

Ejiro Erivona has over 20 years of international experience in the upstream sector of the oil and gas industry. His expertise spans Business Operations Management , Business Development, Contracts and process management in the oil service industry as well as the Exploration and production segment of the Oil and Gas Business.

Experienced in business startups, as well as new business generation, Ejiro has a track record of closing major deals in the IOCs, NOCs and marginal field operators in the sub-continent.

He holds a Master of Business Administration (MBA) from the university of wales and a Bachelor of Science in Computer Science from the University of Benin. He is also an alumnus of the Administrative College of India ( ASCI)

Ejiro has a “Black Belt” in people and change management and has pursued the same with great flair.